Coronary heart disease is one of the most important health problems in Western society. The principal mechanism in this problem is the failure of sufficient blood supply to reach the heart muscle for cardiac metabolic needs and hence failure of the heart as a pump. Despite the magnitude of this health problem, the system of blood supply to the heart (the coronary circulation) remains poorly understood. The reason for this is that clinical work has largely focused on the diseased vessels (e.g., atherosclerosis) rather than on the dynamics of the coronary blood flow system as a whole. The latter requires a bioengineering understanding of both the highly complex system and associated mechanical determinants. Despite progress in this area, many issues remain unresolved. Advancements in high-performance computers make it possible now to attempt anatomically based computational (distributive) models rather than the “lumped” models used in the past, where the anatomical details of the coronary vascular system were ignored. Computer simulation and modeling are an important tool in this work because experimental avenues to the problem are highly limited, particularly in the circulation of the deeper layer of the heart which is not amenable to direct visualization. The mechanism of the effect of the cyclic contraction on coronary blood flow remains unresolved. This review will consider the major cardiac mechanical interactions with coronary blood flow including previous models, current hypotheses, and future directions. Experimental validation of present and future mechanical interaction models will be emphasized as well as the utility of the models to explain the mechanical propensity of the subendocardium to ischemia. 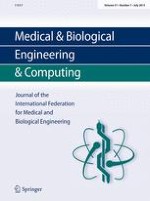