This work examines the photodegradation of poly(3-octylthiophene) (P3OT) by UV-irradiation at 405 nm under vacuum and as a function of temperature (300 and 10 K). Two different P3OT films were studied. The first one was electrochemically synthesized on platinum plate and chemically reduced in a basic medium (P3OT-E) whereas the second one, chemically synthesized was spread out on glass by casting process from polymer previously dissolved in chloroform (P3OT-Q). After 200 s under UV illumination, the photoluminescence (PL) spectra observed on the P3OT-E samples showed an unexpected increase of some eight times in the emission intensity. In contrast, the PL spectra of P3OT-Q, subjected to the same temperature, pressure and photoirradiation time, showed a drop of to around half the initial signal intensity. Similarly experiments were performed at low temperature 10 K. In this temperature condition, PL spectra of P3OT-E and P3OT-Q obtained under photoirradiation, presented similar decreases of the intensity of their fluorescence. In order to explain these different results, Raman spectroscopy studies had been performed, and it was been possible to follow the formation of C=O group on the side alkyl chain after 200 min of irradiation. From the results obtained, we proposed a mechanism to explain the unexpected intensification of the PL emission signal for P3OT-E at 300 K. This mechanism was based on the destabilization of the charge transfer complex between the radical cations in P3OT-E and the residual dioxygen. 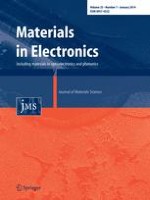