Despite high rates of sexually transmitted infections (STIs) among young men who have sex with men (YMSM), little is known about their experiences with diagnosis, treatment, and reinfection. To fill this gap, we interviewed 17 YMSM ages 18–29 who participated in an online HIV prevention trial and tested positive for STIs at both the baseline and 3-month follow-up assessments. Participants were asked about their reactions to testing positive, experiences with treatment, disclosure to partners, and changes in thinking and behavior. Reactions were diverse, the most common being surprise and concern. Most participants sought treatment, although type of provider varied (e.g., primary care physician, clinic that specialized in gay/bisexual men’s health). Providers tended to retest participants, but some did so at the incorrect anatomical site. Participants who felt comfortable talking to providers about STIs tended to use their regular provider or one who specialized in gay/bisexual men’s health. Most participants described changes in their thinking and behavior (e.g., increased condom use, fewer sex partners, questioning whether or not they could trust their partners). Most participants disclosed to at least one partner, but some did not remember or were not in contact with partners. Experiences were similar the first and second time participants tested positive for STIs during the study with a few exceptions (e.g., more self-blame and comfort talking to providers the second time). In sum, YMSM have diverse experiences with STI diagnosis and treatment. Implications for public policy and STI prevention are discussed. 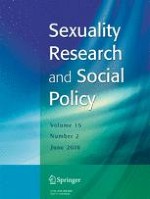 Sexism and Attitudes Toward Same-Sex Parenting in a Sample of Heterosexuals and Sexual Minorities: the Mediation Effect of Sexual Stigma

“Talk More About It”: Emerging Adults’ Attitudes About How and When Parents Should Talk About Sex

“I Have No Idea What’s Going On Out There:” Parents’ Perspectives on Promoting Sexual Health in Lesbian, Gay, Bisexual, and Transgender Adolescents