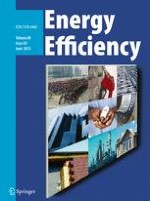 An analysis of the household energy rebound effect from a practice perspective: spatial and temporal dimensions

A study of the performances of low-temperature heating systems

Erratum to: A target-oriented data envelopment analysis for energy-environment efficiency improvement in Japan