As overall network traffic pursue to expand, a lot of low-power medium access control protocols have been proposed to deal with burst traffic in wireless sensor network. Although most of them provide low throughput but do not well optimize the energy consumption. In this paper, we propose a new hybrid carrier sense multiple access with collision avoidance (CSMA/CA) and time division multiple access (TDMA) protocol that arranges nodes into two categories of priority according to their traffic rate and data transmission delay. Nodes that have continuous data should send its data during the contention free period, those one will be classified as low priority and its data will be scheduling using TDMA. Others nodes who have a random data should transmit it immediately during the contention access period (CAP) using a fuzzy logic algorithm, based on their queue length and implemented in the CSMA/CA algorithm. Therefore, the proposed scheme dynamically changes the CAP length to ensure that nodes can complete its transaction during the same super-frame. Simulation results are done using the network simulator tools (NS-2) and have improved good efficiency regarding the IEEE 802.15.4 standard. The mechanism has improved the energy consumption, minimised the packet loss probability, increased the throughput variation in the network and also minimised the average end to end delay. 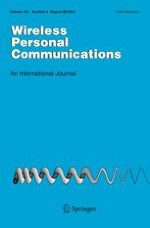