In the present article, the techniques of dynamical systems are utilized to investigate the streamline patterns along their bifurcations for peristaltic flow under mixed convection effect. Here the peristaltic flow is discussed in a vertical channel. The flow is considered in a two-dimensional symmetric channel as well as an axisymmetric tube. We have evaluated the peristaltic flow of blood base nanofluid. The momentum equations are reduced by employing approximation of low Reynolds number and long wavelength. For the discourse of the path of particle in the wave frame, an arrangement of nonlinear independent differential equations are built up and the strategies for dynamical frameworks are utilized to examine the local bifurcations and their topological changes. Critical points classifications were made by scrutiny of the eigenvalues of the Jacobian matrix. This principle are utilized to divulge the local bifurcation of the critical points encountered for different flow situations. Flow situations marked as: backward flow, trapping or augmented flow. The analysis is disclosed that the number and size of trapped bolus increases in planner channel and decline in axisymmetric channel by increasing Grashof number. Moreover, the decreasing behaviour of temperature is depicted, which clarify the nanofluid as a cooling agent. Graphically, a wide range of topological changes of bifurcations are examined. At long last, to outline the bifurcation the diagram of global bifurcation is utilized. 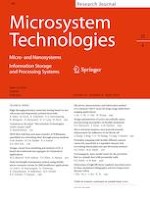