We present a new hybridizable discontinuous Galerkin (HDG) method for the convection diffusion problem on general polyhedral meshes. This new HDG method is a generalization of HDG methods for linear elasticity introduced in Qiu and Shi (2013) to problems with convection term. For arbitrary polyhedral elements, we use polynomials of degree \(k+1\) and \(k\ge 0\) to approximate the scalar variable and its gradient, respectively. In contrast, we only use polynomials of degree \(k\) to approximate the numerical trace of the scalar variable on the faces which allows for a very efficient implementation of the method, since the numerical trace of the scalar variable is the only globally coupled unknown. The global \(L^{2}\)-norm of the error of the scalar variable converges with the order of \(k+2\) while that of its gradient converges with order \(k+1\). From the point of view of degrees of freedom of the globally coupled unknown: numerical trace, this method achieves superconvergence for the scalar variable without postprocessing. A key inequality relevant to the discrete Poincaré inequality is a novel theoretical contribution. This inequality is useful to deal with convection term in this paper and is essential to error analysis of HDG methods for the Navier–Stokes equations and other nonlinear problems. 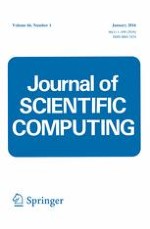 Towards Optimized Schwarz Methods for the Navier–Stokes Equations