Bipolar disorder is characterized by mood swings—oscillations between manic and depressive states. The swings (oscillations) mark the length of an episode in a patient’s mood cycle (period), and can vary from hours to years. The proposed modeling study uses decision making framework to investigate the role of basal ganglia network in generating bipolar oscillations. In this model, the basal ganglia system performs a two-arm bandit task in which one of the arms (action responses) leads to a positive outcome, while the other leads to a negative outcome. We explore the dynamics of key reward and risk related parameters in the system while the model agent receives various outcomes. Particularly, we study the system using a model that represents the fast dynamics of decision making, and a module to capture the slow dynamics that describe the variation of some meta-parameters of fast dynamics over long time scales. The model is cast at three levels of abstraction: (1) a two-dimensional dynamical system model, that is a simple two variable model capable of showing bistability for rewarding and punitive outcomes; (2) a phenomenological basal ganglia model, to extend the implications from the reduced model to a cortico-basal ganglia setup; (3) a detailed network model of basal ganglia, that incorporates detailed cellular level models for a more realistic understanding. In healthy conditions, the model chooses positive action and avoids negative one, whereas under bipolar conditions, the model exhibits slow oscillations in its choice of positive or negative outcomes, reminiscent of bipolar oscillations. Phase-plane analyses on the simple reduced dynamical system with two variables reveal the essential parameters that generate pathological ‘bipolar-like’ oscillations. Phenomenological and network models of the basal ganglia extend that logic, and interpret bipolar oscillations in terms of the activity of dopaminergic and serotonergic projections on the cortico-basal ganglia network dynamics. The network’s dysfunction, specifically in terms of reward and risk sensitivity, is shown to be responsible for the pathological bipolar oscillations. The study proposes a computational model that explores the effects of impaired serotonergic neuromodulation on the dynamics of the cortico basal ganglia network, and relates this impairment to abstract mood states (manic and depressive episodes) and oscillations of bipolar disorder. 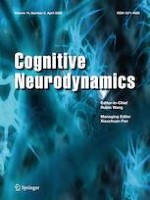