» Jetzt Zugang zum Volltext erhalten
Wichtige Hinweise
To my parents, Giuseppe and Angela, who were my past and to whom I am in debt of my life and of my carrier and to my daughter Francesca which is my present and future.

Being the most abundant synaptic type, the glutamatergic synapse is responsible for the larger part of the brain’s information processing. Despite the conceptual simplicity of the basic mechanism of synaptic transmission, the glutamatergic synapse shows a large variation in the response to the presynaptic release of the neurotransmitter. This variability is observed not only among different synapses but also in the same single synapse. The synaptic response variability is due to several mechanisms of control of the information transferred among the neurons and suggests that the glutamatergic synapse is not a simple bridge for the transfer of information but plays an important role in its elaboration and management. The control of the synaptic information is operated at pre, post, and extrasynaptic sites in a sort of cooperation between the pre and postsynaptic neurons which also involves the activity of other neurons. The interaction between the different mechanisms of control is extremely complicated and its complete functionality is far from being fully understood. The present review, although not exhaustively, is intended to outline the most important of these mechanisms and their complexity, the understanding of which will be among the most intriguing challenges of future neuroscience. 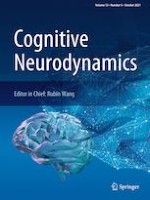 Hard to initiate sleep: a new paradigm for resting-state fMRI

Correction to: Review of brain encoding and decoding mechanisms for EEG-based brain–computer interface