Reversible Logic is one of the emerging technologies that has the capability of replacing traditional irreversible systems. The power consumption is low by the elimination of power dissipation caused by information loss in quantum computing. It is predicted that a high failure rate for future technologies increases demand for fault-tolerant in reversible logic. Safety and critical circuits employ redundancy in their designs to overcome any faults of the circuit during the normal operation. One of the most common forms to design fault-tolerant systems is to incorporate hardware redundancy to form N-Modular Redundancy (NMR), where N replicas of a module are connected to majority voters. In this paper, techniques for fault-masking have been proposed to prevent error propagation for reversible circuits by different implementations of the 3 and 5 input reversible majority voters. Both these voters are able to provide fault location information by using the techniques of insertion directly and independent and by taking advantage of available garbage outputs. The proposed reversible majority voters are efficient to deal with the single point of failure. Moreover, a novel design for 5-input reversible majority voter (MV5) is also presented. The structure of the proposed 5-input reversible majority voter is very simple and easy to implement in the reversible circuit. Evaluation results show that the proposed reversible MV5 can reduce the quantum cost up to 44% in the literature. 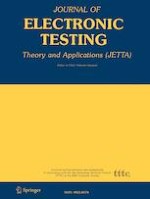